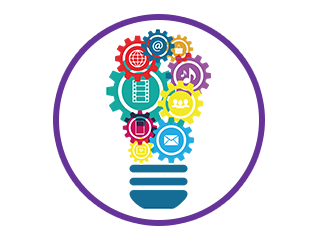 When starting out in the development of websites, applications or databases, we often wonder how to name things. Here are some ways to help you, inspire you and minimize the risk of errors.

A   naming convention   in computer programming is a set of rules for choosing the identifiers (element names) in the source code and documentation. To better understand the benefits and challenges of doing this, visit the full wikipedia article.

First because a machine, a computer system, a file system is not human at all. Reduced to its smallest scale, it is electricity that oscillates between 0 and 5 volts at a frantic pace and we ultimately want the result to have an aspect that we can understand. Between the two, there is often a machine, an OS, a file and an application which finally appears on a screen.

We must separate the result that we see and the way we achieve it. Separate the human aspect from the technical aspect. This article deals with the second.

Name of files and folders

Suppose we have just made a logo that will only be used during the summer and that it should be recorded. Our mind suggests us to name it:

This name is not appropriate, even if locally on your computer everything will be fine. It’s in your memory, in applications and on the internet that it’s going to get stuck.

It should therefore be named:

For a folder, use the same rules for the same reasons.

To separate the words,   do not use spaces , use the underscore _ instead.

Imagine that we have to create a database containing the logos of our customers. It will contain two tables.

A database is a file, the previous 5 rules are required. So we will name it:

Our current project may be limited to the logos of our customers, but if it works well it could evolve easily and can store photos and logos, for all partner companies, customers and suppliers.

Now let’s name our two tables, the same naming rules apply, although there is a variant with capital letters:

It is advisable to create tables according to their nature and to name them in order to be able to make them evolve easily.

A logo is an image of a certain type, just like a photo. It will be easy to distinguish them by a heading.

A client and supplier are similar, they share a lot of characteristics in common are wholes two companies.

Every table must have a primary key (primary key), an identifier   unique and invariable allowing another table to link to our record. There is absolutely no need for it to be humanly understandable, on the contrary. The company name is not a primary key, it is probably unique, but not invariable. A company can suddenly change its name, even if it’s rare. Often a primary key is an automatic number or a unique complex text string within the database.

Other tables will then have a foreign key (foreign key) referring to it.

It’s all about naming rules.   If you want more information about databases, you’ll find all information on wikipedia .

Let’s make some headings allowing to:

First without the capital letters

And to store the logos in the image table:

And to store the logos in the image table:

The use of prefixes is strongly recommended to group topics and clarify their usefulness.

To name a heading address or name only, makes sense only if there is no ambiguity , here there would have been; web address or mailing address, company name or director’s name.

Both tables have fields with the same name, which is quite common. It is not necessary to use a prefix with the name of the table, this only lengthens them unnecessarily. And that makes sense because their content is similar.

In programming, naming rules are important in order to distinguish between   variables , objects or classes .

These rules may vary from one language to another but speci c applies to most currents (Java, C #, PHP,   javascript , css )

Let’s take a look at the examples where we have to code descriptions of logos.

Every programming language and every person has its own conventions and convictions. This article is not a norm, it is mainly about answering questions that we can ask ourselves when we start to discover and act in a computer system.